MOUNT SIBO: LIFE AT THE EDGE OF CHAOS

Mount Sibo’s reactivation was first reported by the Costa Rican Institute of Volcanology (CRIV) in 2017, its first geological commotion in almost 500 years. The last documented activity was by cartographer Nicolas de Huelva who, during the island’s discovery in 1525, sighted clouds of black smoke rising from the peak of a mountain towards the north. Many speculate this was the catalyst for Huelva to name Isla Nublar “Cloud Island.”

In February 2017 the CRIV stated in their report that the volcano was in fact burning slowly from within. “A shift in the tectonic plates resulted in minor aftershocks throughout the rockbed, creating a relatively small fissure that caused a rise in heat beneath Mt. Sibo. The visible plumes of smoke are the result of plant life and other biological matter catching fire from the temperature change. There is no immediate threat to the island at this time.”

The volcano was reclassified as active in September of the same year after a private helicopter illegally flew too close to the island and its passengers spotted several ruptures of magma from the mountain peak. This sighting led to a geological investigation into Mt. Sibo’s dormancy; harmonic tremor readings, infrared satellite technology and seismic instruments confirmed that activity was indeed unfolding beneath the surface of Isla Nublar. 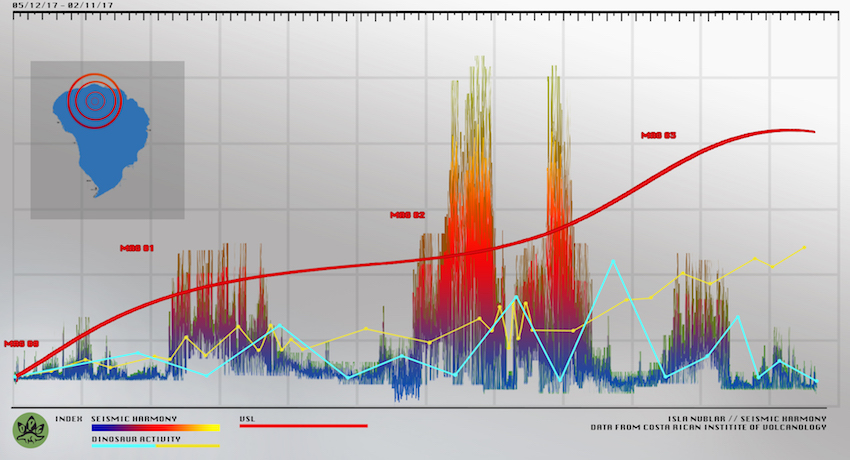 If the volcanic activity on Isla Nublar continues to build in ferocity, it could trigger a disaster rivaling some of the biggest recorded eruptions known to man.

The actual destructive power of Mt. Sibo is unknown. However, a high energy particle scan of the crust beneath the volcano’s interior revealed large chambers of pressured magma. If this magma were to breach the surface, it is widely believed that the resulting explosion would have the capacity to destroy all biological life on the island’s surface, driving the dinosaurs back into extinction in a single blow.

Mt. Sibo eruption simulations from the Costa Rican Institute of Volcanology show how the rising temperature could completely burn the surface of Isla Nublar.

It is impossible to predict the exact date of when a volcano is going to erupt, and scientists must rely on seismic and visual activity in order to predict if, or when, eruption may occur. With Mt. Sibo, the situation is more complicated, as the island itself is privately owned by Masrani Global. All shipping lanes and fly zones close to the island are restricted under U.S. and Costa Rican law, and the large dinosaurs living on Nublar cause high levels of impact tremors throughout the ground when they move, disrupting the harmonic tremor readings. 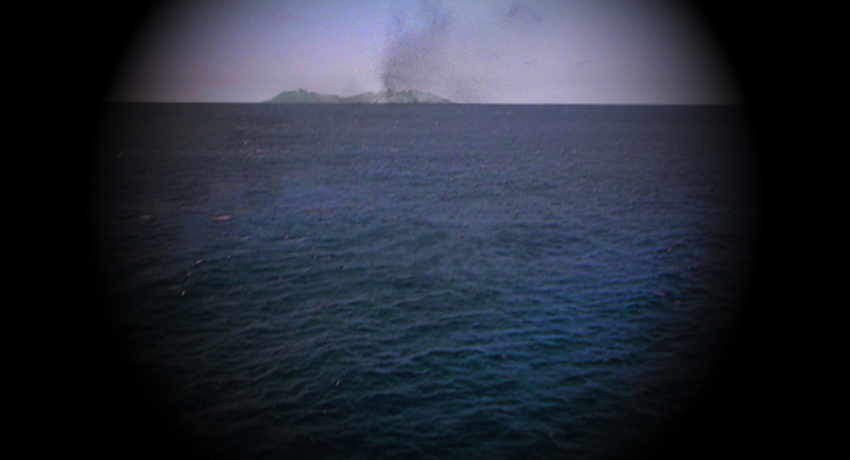 Research has been limited to private offshore research vessels and satellite imagery only.

Despite a risk of changing winds drawing in ash clouds and disruptions to local air travel, the volcano poses no direct threat to mainland civilians, as the island resides 120 miles off the coast of Costa Rica. This has resulted in a lack of immediate action by Masrani Global and the Costa Rican government, which recently recalled most of the technology and research teams that had been monitoring the island. Officials from both parties have yet to reach a conclusion for what is to be done about the endangered animals living on Isla Nublar.

The DPG is doing its best to monitor all activity connected to Mt. Sibo, and will update the information on this website as it arrives.

Mount Sibo: Life at the Edge of Chaos