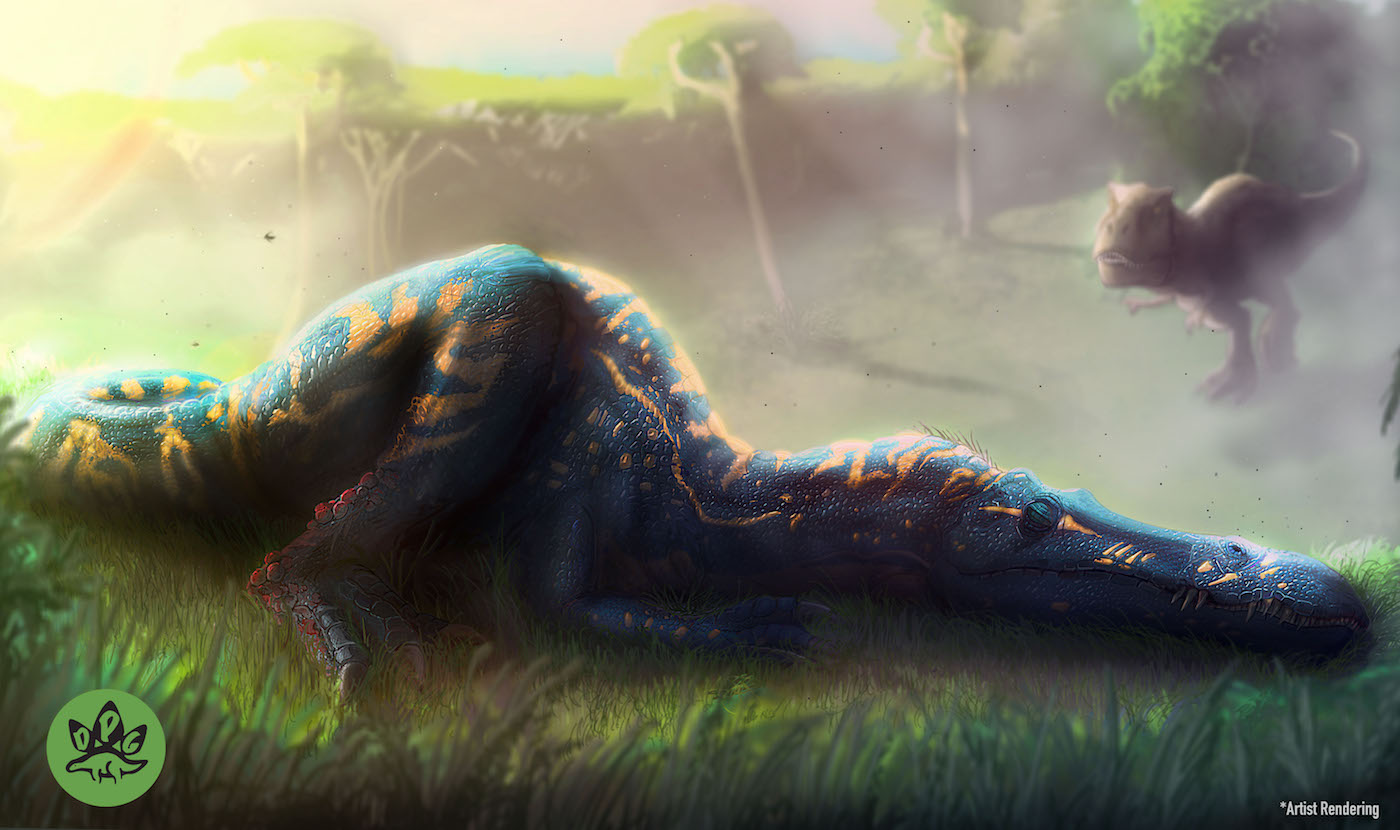 A world-class team of almost 40 veterinarians and 25 scientists used to work at Jurassic World, caring for the health of the dinosaurs, but most have since dropped off the radar. It is vitally important to foster this area of study once again so that we can ensure the dinosaurs’ well-being in the 21st century. The DPG hopes to shed light on the serious health hazards these wonderful creatures will face and how critical it is to support the science – and scientists – behind their care.

Despite their size and impressive strength, the dinosaurs inhabiting Isla Nublar are not immune to common illnesses. These creatures were brought to the modern world from vastly different conditions, spanning approximately 170 million years throughout the Mesozoic eras--naturally, such a drastic change in conditions brings with it a number of unique problems.

Responding to these concerns is a big part of the DPG’s mission. Once we’re able to safely move the dinosaurs from Isla Nublar, we are committed to establishing a center for paleo-veterinarians dedicated to ensuring that these magnificent but fragile creatures don’t succumb to modern pathogens in their next environment.

As many know, the dinosaurs’ very existence is the result of scientists pushing the boundaries of cloning technology, using the DNA of other modern animals to fill in genetic gaps. As a side effect of their advanced genetic makeup and the incubation phase of their lifecycle, many of the dinosaurs raised in labs suffer from a muted immune response, which requires extensive care to keep disease at bay.

The techniques used to care for dinosaurs were refined throughout Jurassic World’s operation, as was the study and research of how to kick-start the animals’ immune systems when they left the safety of the egg. Effective strategies were also put in place for treating dinosaurs that inevitably became sick or injured. The needs of these animals were unique, and largely unknown to the small team of paleo-veterinarians who were pioneers in this new frontier of zoological research.

Naturally, with different species come different potential threats. From osteomyelitis appearing in the distinctive intra cranial bone of the Parasaurolophus to a fungal infection that plagued the folds of a Dilophosaurus’ decorative frill, each animal had an entire spectrum of diseases that required fast diagnosis, expert treatment, and active monitoring.

With only existing knowledge of reptile and avian biology to reference, and a large amount of educated guesswork, the team (affectionately nicknamed “the Dino-Docs”) wrote the rulebook that would become the foundation for a new era of paleo-science.

At its pinnacle, Jurassic World was seen as the leader in veterinary practice for zoological theme parks across the globe. Each dinosaur on the island underwent a series of weekly health checks that covered both physical and mental well-being, with the results of each check-up digitally recorded. Here at the DPG, we’re using every possible resource to collect this vital data; so far, we’ve been able to recover information on a number of common illnesses known to affect dinosaurs (compiled for reference at the end of this article).

However, paleo-veterinary medicine is about so much more than treating illnesses. Its discoveries, drawing from some of our earliest subjects, provides us with insight into the future of the dinosaurs, ourselves, and the world we inhabit. Without the pioneering spirit of those who remain on the forefront of this diminishing area of research, the DPG wouldn’t be able to carry out its mission to save the dinosaurs.

Which is why, yet again, we turn to you. By supporting us, you’ll be funding the search for safe relocation areas and emergency medical centers where paleo-vets can work on the animals that have gone for years without the safety and care they once had.

So join the DPG today. Help us raise awareness of, and institutional support for, these selfless individuals who work tirelessly to protect our giant friends. It’s time to prove to the world that there are people everywhere, people who have never stepped foot on Isla Nublar but who recognize its significance to the Earth at large, who will do anything they can to support the science dedicated to saving the dinosaurs. 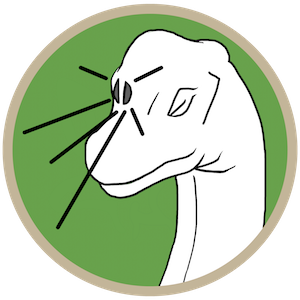 Description: A viral disease which affects the respiratory system. It’s transmissible through airborne moisture and close contact, and can spread rapidly within herds. It's generally non-fatal in modern animals; however, some dinosaurs’ immune systems have never encountered this threat, meaning that this small virus can put their lives at jeopardy and should be taken seriously.

Prevention and Treatment: There is currently no cure, but cases were reduced when the animals lived in healthy environments with clean air. Isla Nublar no longer fits that description. 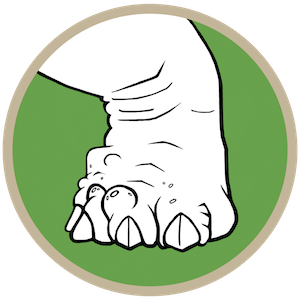 Description: Inflammation of a dinosaur's foot caused when a cut or abrasion becomes infected, and then heals over. The resulting swollen abscess is very painful and reduces the animal's overall range of movement, and the odor that emanates from the swelling is also said to attract carnivores looking for an easy meal. This inflammation is more common in herbivore species such as Sinoceratops and Pachycephalosaurus.

Prevention and Treatment: Like modern elephants, herbivores like Triceratops and Brachiosaurus keep their hygiene at a high level with constant baths. Having access to a large, clean water source is a good preventative measure, as it enables the animals to clean any wounds on their feet as they wash themselves. 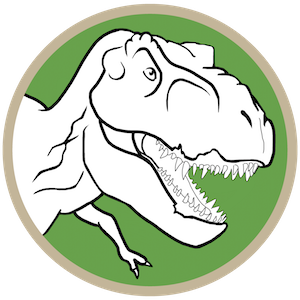 Description: More common in predatory dinosaurs. This sickness can occur from infection from inside the gum line. If a carnivore breaks a tooth during a hunt, it can become rotten, spreading bacteria throughout the mouth and causing an overall breakdown of the soft tissue in the jaw. The dinosaur will often become dizzy and make fewer successful kills, risking death by starvation.

Prevention and Treatment: Dinosaurs tend to survive the loss of one or two teeth if they become infected, but it’s a very painful experience for them, and they should be constantly monitored and administered antibiotics until the infection has passed. 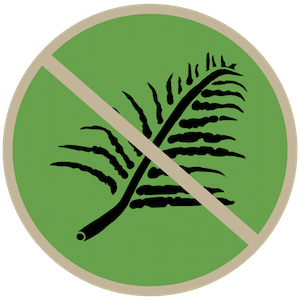 Description: Bracken, a type of fern which has existed for more than 55 million years and which many herbivorous dinosaurs eat, can be dangerous when eaten in excess. If too much bracken is consumed, poisoning can occur, resulting in thiamine deficiency, sluggish behavior, and secondary infections.

Prevention and Treatment: The best way to avoid this problem is to remove the ferns from their habitat and replace it with a dietary alternative. 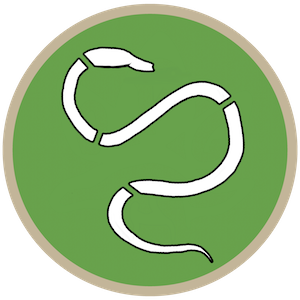 Description: Hookworms are a type of intestinal parasite from the roundworm group. The number of worms will typically determine the symptoms for the initial infection, which can include rashes, abdominal distress, and diarrhea. Infection can spread through contaminated dung or food sources.

Prevention and Treatment: Environmental hygiene is the most effective preventative measure against hookworms. If even a single case of this parasite is detected within a group, all specimens in the group must be treated. Once cleared from the animals, their habitat must be also treated so that infection does not reoccur.

Description: Due to the long grasses and dense undergrowth covering most of the island, ticks have become a common and unpleasant issue for dinosaurs. While not necessarily dangerous by themselves, they can be a vector for further blood-borne disease; some rare tick species can also cause serious complications, including paralysis.

Prevention and Treatment: A thorough check of all rescued dinosaurs. Eco-friendly anti-tick sprays. 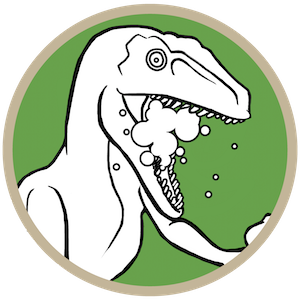 Description: Contracted via contaminated meat or other infected animals, rabies is a killer and must be prevented at all costs. Though there is no record of an outbreak having occurred, the possibility of the disease making the leap to dinosaurs would be utterly devastating to what remains of the already dwindling population. A disease as virulent as rabies could cause extinction once and for all.

Prevention and Treatment: A sweep of the new territory (once established).